Boat 2 has arrived in Auckland. Launch and return to training on the water in the Hauraki Gulf to take place by end of October. 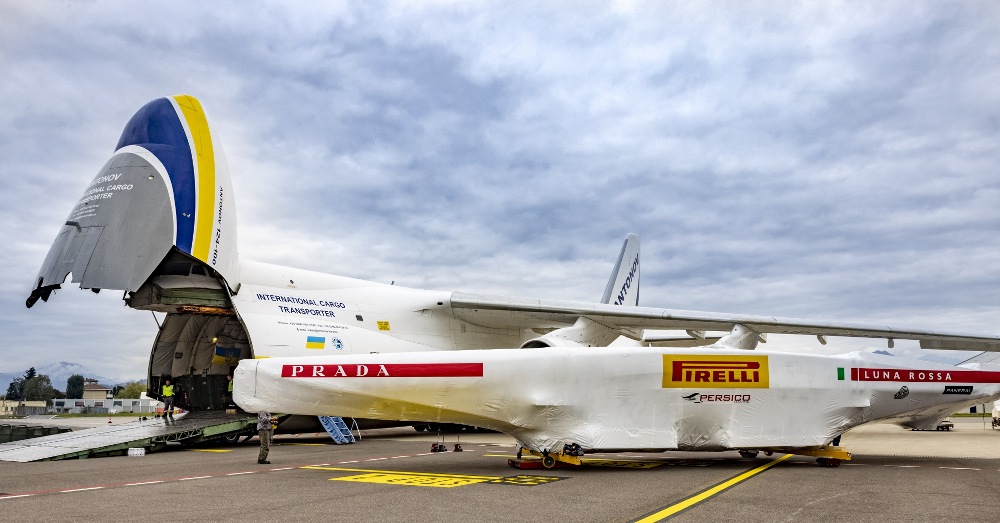 Auckland, October 6th 2020 - The cargo plane carrying Boat 2, Luna Rossa Prada Pirelli team’s second hull, landed in Auckland on October 5th at 8pm local time. The cargo left the Bergamo-Orio al Serio Airport on Friday October 2nd on an Antonov 124-100 and reached New Zealand after 60 hours of travel that included two technical stopovers, having covered over 18,000 km. The boat and equipment were transported to the new team base on Hobson Wharf where assembly and the first load tests will take place in the next few days. The launch is planned for the end of October, to resume training on the Hauraki Gulf soon after.

Like the first boat - launched a year ago on October 2nd 2019 - the second hull was built at the Persico Marine shipyard in Bergamo, a hallmark of Italian excellence in the international nautical industry.

Horacio Carabelli (co-design coordinator): “The shipment of a race boat this size is always a challenge. We had a very good loading plan, based on a careful study of all the equipment, that allowed us to bring our chase boat (the support boat equipped with telemetry systems) on the Antonov, allowing us to use it in Cagliari until the last day of sailing in Italy. Our plan now is to resume training on the water by the third week of October.”